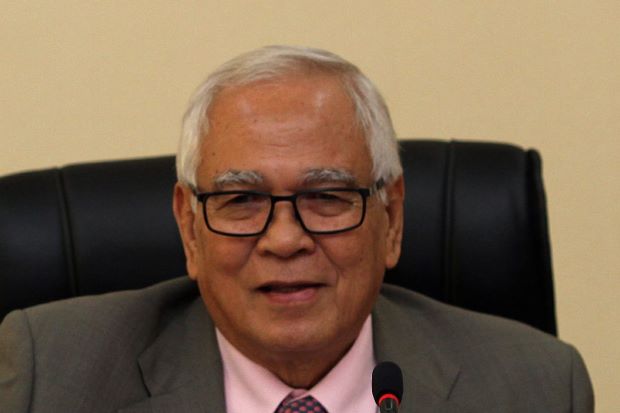 Johor Royal Council president Datuk Rahim Ramli (pic) said the palace received a letter dated Feb 8 from an individual claiming to be of Perak royalty, recommending his friend from Kajang for a Datukship from Sultan Ibrahim.

“The giving out of titles, including recommendations, is the sole prerogative of the Johor Ruler and no one else.

“This means that no one, including the Royal Council and the state government, has the right to recommend individuals for Datukships from Johor,” he said at a press conference at Bangunan Sultan Ibrahim here Wednesday.

He urged those who received offers from anyone claiming to be close to the Johor Palace and able to recommend a Datukship to come forward and contact the Royal Council.

“Titles from Johor are the oldest in the country, and from 1886 until now, only 763 Datukships have been given out,” Rahim said.
Read more at http://www.thestar.com.my/news/nation/2017/02/15/johor-palace-only-sultan-ibrahim-has-right-to-confer-titles/#MK0wMtF3VjVJXOaf.99

Week ahead: Trade war back with a vengeance after Jackson Hole – Fin24