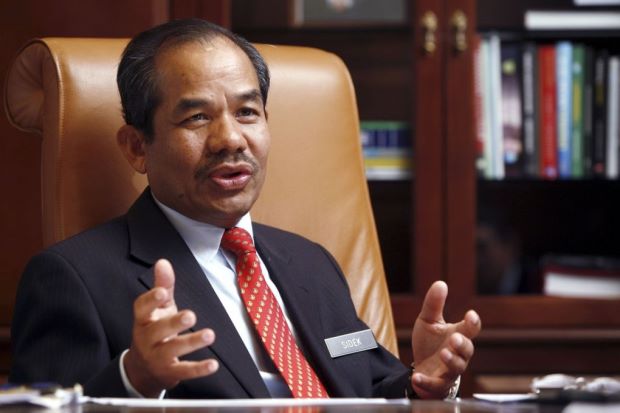 PETALING JAYA: The Cabinet has appointed former chief secretary to the Government Tan Sri Mohd Sidek Hassan (pic) as chairman of the special task force to conduct an initial probe into foreign exchange (forex) losses suffered by Bank Negara Malaysia in the 1990s.

The Prime Minister’s Office said in a statement on Wednesday that the task force’s terms of reference would be to conduct preliminary investigations into the forex losses, allegedly amounting to billions of ringgit.

The team will also study if there had been any cover-up or deliberate act of giving misleading statements about the foreign currency transactions at Parliament meetings.

“The establishment of the terms of reference is important as the first step in getting the relevant facts including analysing the official parliamentary meeting reports, minutes of Cabinet meetings, Auditor-General’s report and others,” the PMO said.

The team, led by Mohd Sidek, will then submit its recommendations to the Government on further action required, such as the need to set up a Royal Commission of Inquiry on the matter.

The other members of the task force will be announced soon, comprising those who have expertise in carrying out tasks related to the discovery and disclosure of documents related to BNM’s forex transactions at the time.

Mohd Sidek previously served in the civil service for 38 years, including six years as chief secretary to the Government.
Read more at http://www.thestar.com.my/news/nation/2017/02/22/pmo-former-govt-chief-sec-to-head-task-force/#rSwUIlM3hWZgSmD5.99