PUTRAJAYA: The country’s current Covid-19 infectivity rate or R-naught (R0) of 1.34 is worrying as it showed an increase following earlier successful measures that brought the figure to below 1.

Health director-general Tan Sri Dr Noor Hisham Abdullah said as of yesterday, the R0 had risen to above 1.0 despite measures by border controls and public health efforts.

“Therefore, more efforts should be done collectively to break the Covid-19 infection chain in the community.

“If there are no matters to attend to, people are advised to stay at home.

“In Sabah, the National Security Council and the Election Commission has come out with a Standard Operating Procedure (SOP) for campaign activities and voting.

“The ministry appeals to the people to adhere to the SOPs, regardless of the status and position in the community. Please help the country to control the Covid-19 infection,” said Dr Noor Hisham.

He said the Covid-19 transmission was a concern when R0 stood at 1.72 on Sept 7 and to prevent an exponential surge in cases, preventive steps were carried out aggressively.

The R0 dropped to less than 1.0 following the implementation of tighter entry conditions of high risk countries into Malaysia and stricter borders controls to stop illegal foreigners from coming in via rat lanes.

Dr Noor Hisham reminded that the virus was still within the community although the Covid-19 status of many areas nationwide had turned green.

He said as of today, there were five areas in the country which had became red zones, with four in Sabah and one in Kedah.

In Sabah, the areas are Tawau, Lahad Datu, Kunak and Semporna while it is Kota Setar in Kedah.

“The ministry would like to advice that it is compulsory for those who have visited and returned from red zones and have symptoms to undergo Covid-19 screening at the nearest health facility.

“Those who were in red zones but do not have symptoms are encouraged to take the test and isolate themselves to protect their family members, friends and the community around them,” said Dr Noor Hisham. 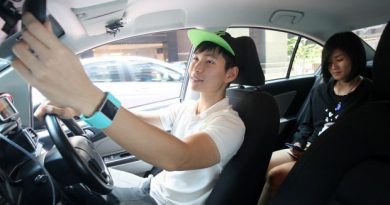