KUALA LUMPUR, May 11 — Malaysia will come under another nationwide movement control order from tomorrow, as public health authorities scramble to rein in the sharp resurgence of Covid-19 cases over the last few weeks.

Prime Minister Tan Sri Muhyiddin Yassin unexpectedly announced the decision yesterday, expanding what was already dubbed MCO 3.0 as it was the third since his fragile administration enforced the first partial lockdown over thirteen months ago.

Restrictions under the order, although still less strict compared to those enforced by nations like China, exacted a heavy toll on livelihoods and businesses. Official estimates put the loss at RM2.5 billion for each day of the MCO. The first and second MCO combined lasted some five months.

In a bid to mitigate the fallout, Muhyiddin unveiled several relief measures. The first, dubbed Prihatin or the Care for Public Stimulus Packages, totalled over RM300 billion. The second, the Economic and Public Protection (Permai) package, amounted to RM15 billion.

The Muhyiddin administration has yet to indicate if more aid would be disbursed for the third MCO, even as businesses and the public have raised alarm about the extensive damage a third partial lockdown would have on profits and income.

We look at eight key programmes of all existing Covid-19 relief packages that were intended to mitigate the MCO’s effect to see if it could cover the third round of movement restrictions.

BPN was a direct cash aid programme targeted at low wage workers. A bachelor earning less than RM2,000 a month would receive RM800 while an unmarried worker earning between RM2,001 to RM4,000 received a one-off cash aid of RM250 under the BPT.

Note: The government has yet to state if it would extend the programme but low-and medium-income households continue to receive help under the renamed Bantuan Sara Hidup Rakyat.

Knowing that ride-hailing drivers would be severely affected by travel restrictions, the government said it would give each e-hailing driver RM500 in cash as part of the Prihatin package to compensate for lost income.

The programme continued under Permai but was extended to bus and taxi drivers, with each given a one-off RM500 in cash. Up to 14,000 tourist guides and an estimated 118,000 drivers of taxis, school buses, tour buses, rental cars and e-hailing vehicles were said to have benefited from it.

Current status: Unclear. The government has not indicated if the programme would continue.

The programme was aimed at alleviating living cost pressure for retired civil servants surviving on low pension. Each was given RM250 starting April 2020.

The government gave a monthly allowance of RM600 to all medical personnel of the public healthcare system, as compensation for working long hours to treat Covid-19 patients.

Uniformed personnel (police, armed forces, Rala members and custom officers) involved in efforts to combat the pandemic were given additional allowances of RM200 each.

Current status: A one-off payment of RM500 was given to medical frontliners under, with the first RM300 to be given in the first quarter of 2021 under Permai.

Under i-lestari, contributors were allowed to withdraw a maximum of RM500 monthly from their Account 2 savings with the Employees Provident Fund for up to 12 months from the date of application.

Meanwhile the i-Sinar programme allowed contributors to withdraw up to RM10,000 from their primary EPF pension savings with a maximum of RM1,000 monthly withdrawal.

Although controversial, the programme received positive feedback. Conservative policy makers said the programme allowed the government to save by reducing reliance on direct fiscal transfers to aid those affected by the health crisis.

Current status: i-Lestari’s last payment was made March this year while the i-Sinar facility will continue at least for the remainder of the year.

The loan service deferment was viewed as one of the most important monetary assistance programmes, because it was thought that allowing both individual and business borrowers to postpone repaying their debt would put more cash in their hands and help companies retain liquidity. University students were also allowed to defer paying their PTPTN loans.

Current status: The deadline for the moratorium on private borrowings was September 2020, although borrowers or workers who have lost their jobs either last or in 2021 can apply for payment relief for a period of three months any time on or before June 30, 2021. The deadline for the PTPTN loan was March 31, 2021.

7. Rent waiver for all public housing

To help the hardcore poor, government waived rent for all public housing under the Prihatin package, including for all dwellers in its rent-to-own units.

Public homes, like the People’s Housing Project (PPR) flats, house some of the country’s poorest families. One of three heads of households were found to have lost their jobs because of the MCO, according to a joint survey held by two United Nations agencies.

These families were found to be desperately reliant on government aid to survive. Up to a tenth of their income coming from social transfers, the UN study found.

Current status: The government said the rent waiver was intended to put more cash in their hands but the programme, which took effect in April 2020, only lasted six months. It later waived just half of the rent for PPR and Kuala Lumpur City Council (DBKL) flats between January to March 2021, but not extended.

To help businesses cope with overhead costs, employers could apply for the scheme that will pay out RM600 per worker for up to 200 of workers on the condition that they are retained.

In its original guise, the subsidy payment was tiered. Companies that employ more than 200 people received RM600 per retained worker, those with between 75 and 200 employees got RM800 each, and those with fewer than 75 employees were eligible for RM1,200 per worker.

Current status: The programme, initially under the Prihatin package, lasted December last year. It was continued under Permai to aid companies affected by the second MCO but capped at just RM1 billion. It is unclear whether the programme would be extended. 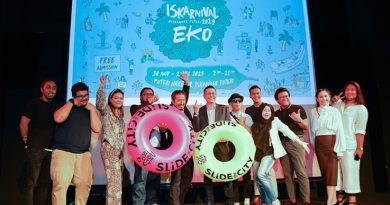 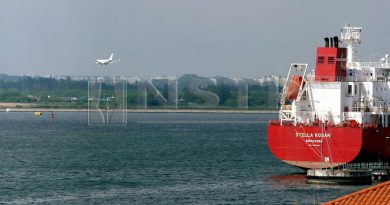 No go for hairdressers, opticians and Ramadan bazaars