KUALA LUMPUR, July 27 — If there is one constant that keeps business owners awake at night during this pandemic, it would be the gnawing uncertainty that hovers on the horizon.

To keep struggling small and medium enterprises (SMEs) and micro-SMEs (MSMEs) from going under since the outbreak last year, the government has launched a slew of support measures either in the form of direct cash injections or wage subsidies under several aid packages, the latest being Pemulih rolled out in end June.

Pemulih, short for National People’s Well Being and Economic Recovery Package, is the eighth financial stimulus worth RM150 billion with a direct fiscal injection of RM10 billion to continue government assistance for people and businesses through the second to fourth phase of the National Recovery Plan (NRP).

Hundreds of thousands of employers affected by the lockdown are supported to help maintain their workers and capacity so that they can rebound quickly when the economy recovers.

Since April 2020, RM6.08 billion has been allocated to the Prihatin Special Grant (GKP) to assist needy SMEs and MSMEs. This includes RM1 billion GKP 4.0 under Pemulih which will make payments of RM500 each in September and November to current recipients and approved new applicants registered in July.

In addition to GKP, the government has made available over RM15 billion under the Wage Subsidy Programme (PSU) thus far to help employers pay salaries to 2.7 million workers.

PSU 4.0 will be continued with an allocated RM3.81 billion to benefit 242,000 employers and 2.5 million workers. It has been enhanced to include workers earning more than RM4,000 a month and will support up to 500 workers per employer with a subsidy of RM600 per worker for a total of four months covering two months each in NRP second and third phases.

To find out how these initiatives have actually assisted local businesses, Malay Mail spoke to several business owners about how the assistance has helped them stay afloat during these unpredictable times.

For Nurul Aina Kamarulzaman, the first cash aid she received last October couldn’t have come at a more opportune time for her business, Aina Zaman Café, a delivery-only kitchen operating out of a shop-lot in Pandan Utama in Ampang, Selangor.

The GKP cash enabled the new business owner to restock necessities for the cafe. She has received RM5,500 in total including the latest RM500 wired to recipients on July 14.

“It helped me very much because the initial investment to open a food business can run quite high,I used the GKP money to purchase frozen food, cooking gas, kitchen supplies, and even a large freezer to store my ingredients,” she said.

Also feeling thankful is Engku Mohd Zhafri Shah, owner of e-cigarette and vape shop, Vaperado Inc. The RM5,000 he received to date under GKP helped cover the rental and pay his staff salaries.

“Yes, it was helpful… I used the money to top up payments for my shop’s rental, but I don’t know how much longer because even though the landlords were lenient and generous earlier on, they still need to eat as well,” he told Malay Mail.

Engku Zhafri found out about GKP from a friend who had applied for the aid which enabled him to retain his two employees.

“I did not apply at first because I thought the lockdown was not going to stretch too long. But after a while and after hearing my friend received the GKP, he suggested I apply,” said the 34-year-old.

As for the future, Engku Zhafri said his business had transitioned online with orders from customers now done over WhatsApp messages and delivery handled by third party courier companies.

“We are definitely losing out on the walk-in customers, which was a big part of our revenue, but to survive we are taking orders and delivering products via Lalamove,” he said referring to the local courier company.

Meanwhile, 20 kilometres away in Semenyih, Nakasutra Music and Arts Centre owner Shamsul Zin, 44, recounted how the PSU initiative helped him pay and retain his staff when gigs dried up.

He said the subsidies received were in payments of RM1,800 for the first three months from July last year, and RM900 the next three months.

Shamsul, whose company specialises in “live” traditional music performances and production, said he has taken a two-prong approach to make ends meet, by transitioning towards music education through online lessons, and even starting his own organic and frozen food business.

“Our main business is music performances and events, but now, what we are doing is music education and more on the production side as well,” he added.

His company has also diversified into studio production and sound sampling jobs to remain afloat.

“We have projects where studio producers, mostly from those overseas, require sounds of traditional Malay instruments, so what we do is we sample the sounds in a studio here and then send it over to the producers,” he explained.

Still lamenting the slow rate of business, Mohd Taslim said the RM4,500 he received in three payments did help soften the blow as business suffered.

“We used the GKP money to pay for the rent, electric, and water bills, especially since the landlord gave us a 50 per cent discount, so it was not so tight,” he said. Getting in the online groove 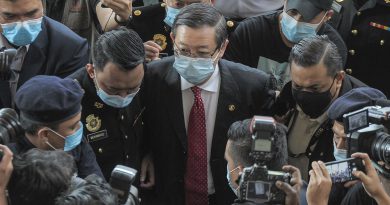 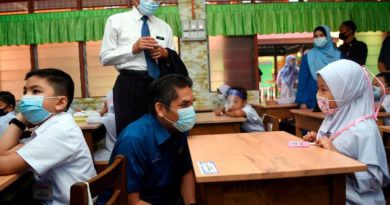