KUALA LUMPUR: Shares of Hong Seng Consolidated Bhd dropped yesterday to halt a rally last week following the government’s decision to give conditional approval for companies to import and distribute Covid-19 self-test kits for public use.

But MyEG Services Bhd, another beneficiary of the decision, continued its uptrend since the past five trading days.

Prior to yesterday, Hong Seng had rallied in the past five days to hit an all-time high of RM1.81 on July 23.

Despite losing some ground yesterday, the stock has gained 12 per cent or 18 sen since July 21, and a whopping 95 per cent in the past one month.

The PCR test kits will be supplied to the Institute for Medical Research and Public Health Laboratory Kota Kinabalu. The letter of award from MoH was received on July 22 by Pantasniaga Sdn Bhd, a 51 per cent-owned unit of HS Bio Sdn Bhd, which is wholly-owned by Hong Seng.

MyEG, meanwhile, had on May 24 announced that it had formed a partnership with Singapore’s Breathonix Pte Ltd to introduce a rapid breath test system for the screening of the Covid-19 virus in Malaysia.

The latest MyEG’s offering were the second Covid-19 self-kit test products after it introduced an at-home saliva-based Covid-19 testing service in the Philippines this month to help the country’s fight against the ongoing Covid-19 pandemic, back in February.

Shares of other beneficiaries of the “test-kit” move including Key Alliance Group Bhd and Ho Wah Genting Bhd were mixed yesterday.

Key Alliance was unchanged at 3.5 sen, and has lost 12.5 per cent in the past one month.

In May last year, Ho Wah announced that its unit, HWG Consortium Sdn Bhd, had been appointed the authorised distributor of Shanghai Liangrun Biomedicine Technology Co Ltd for the distribution of its antibody IgM/IgG of novel coronavirus Covid-19 diagnostic kit in Malaysia from May 15 to December 31, 2020. 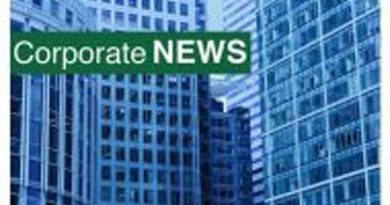