KLUANG: The back alley sandwiched between Jalan Dato Kapten Ahmad and Jalan Dato Teow Siew Khor here used to be a rubbish-filled eyesore that many would try to avoid.

Shop owner Wong Ca Fu, 51, who grew up in his father’s shop near the street, said that drains along the alley were also always clogged, emitting a foul smell.

“People do not like to walk around here, especially at night as they do not feel safe.

“There were also no street lights or a proper passage allowing the public to pass through,” he said at his shop on Tuesday.

But in 2016, the alley was transformed into a tourist attraction after it was adorned with dozens of murals depicting the district’s history and art, earning the moniker Laman Kreatif Kluang.

“The idea was first mooted in 2014 under the Special District Plan that aims to revamp the old town of Kluang.

“We visited art streets around the country, including the ones in Penang, Ipoh, Shah Alam and Melaka, to find ideas that are best suited for the town here,” said Kluang Municipal Council architect Mohamad Shahrudin Rosli, who was among those in charge of the project.

He added that the positive feedback from the public allowed the council to extend its effort to another alley near the area that was subsequently named Laman Pesona.

“Laman Kreatif focuses on the history of Kluang from its founding days in 1910 as well as the vision for this town for the future.

“Laman Pesona has a peaceful garden theme that is complemented by an outdoor sound system that replicates the sound of nature,” he said, adding that there are about 90 murals along the 300m-long back alleys.

University student Lufti A. Halim, 23, who was taking photos with his friend at Laman Kreatif, said the area is one of his favourite places to visit in the town.

“My friends and I would often take photos with the murals here or just come for an evening stroll.

“Whenever a friend or a family member visits this town, Laman Kreatif and Laman Pesona are among the first few places I would take them to,” he added.

Businesswoman Noraniza Yusoff, 28, who was visiting Laman Kreatif for the first time, said she has always wanted to visit the place.

photos of this place on social media and a relative of mine even had her wedding photos taken here.

“I am glad that I have finally made my way here as it is truly a gem.” 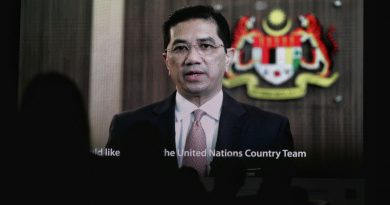 Azmin: Govt can save up to RM739m by cutting red tape 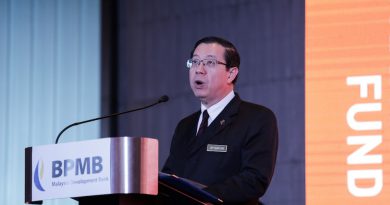